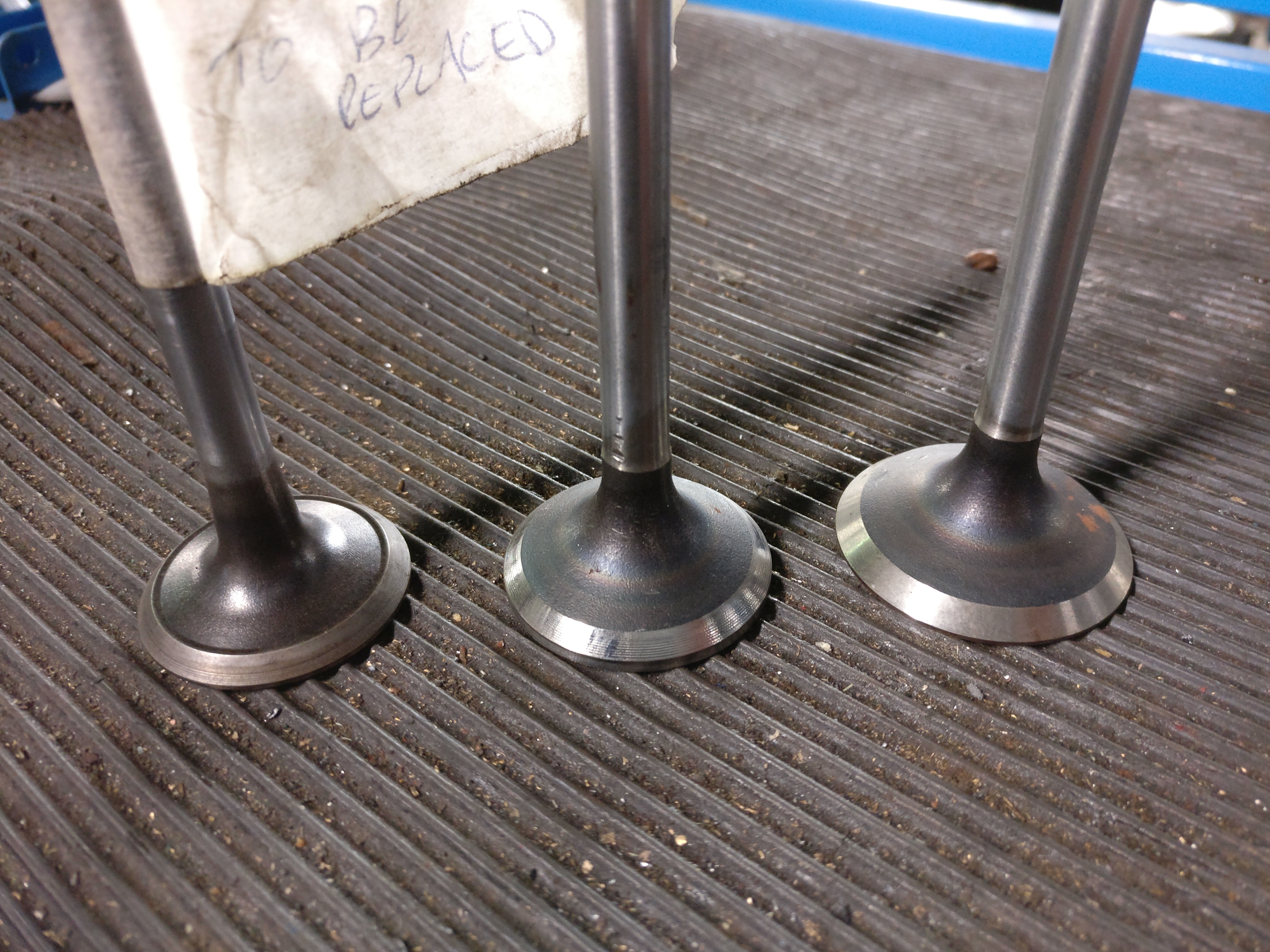 Here’s what I did today…

Having found a bent valve I needed to get a replacement but I also knew that they had been specially made with a 10 week lead time. After discovering that valves from a Ford Sierra could be modified, I set to work.

Firstly I removed most of the metal on the lathe- not easy as it’s mega hard. The heads of the Sierra valves are around 38mm and I needed them to be 34mm. 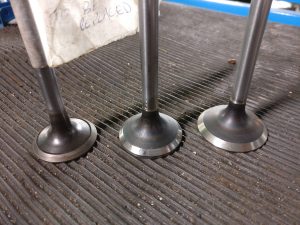 To get a good surface finish and get it to size, here is the valve on our tool & cutter grinder- normally used for making and sharpening tools so not the quickest to set up for a one-off job but it is incredibly versatile! To get the 45 degree seat, the grinding spindle head is set over at 15 degrees whilst the job is set over at 30 degrees. The valve is held in a collet chuck which can be rotated and the whole cross-slide (the wide table with a slot in it onto which the valve is ultimately mounted) can be incrementally moved closer to the grinding cup. 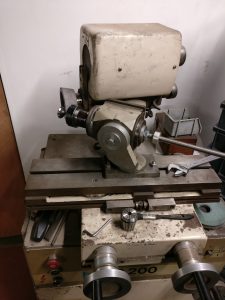 After re-setting the machine, I could then get the outside diameter of the head to final size. 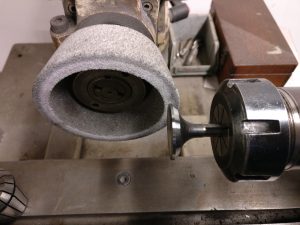 Here is the finished valve (middle). Sierra on the left and the bent one on the right. A much better surface finish and after a light lap fitted straight into the engine. The valves arrived at 11 o’clock this morning and was in the engine before nightfall! 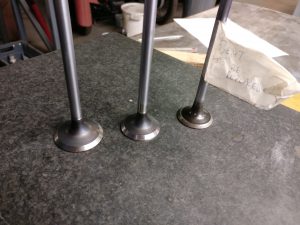